Nippon Paint Holdings supports the Nippon Paint Mallets to create a sense of unity among the entire group and thereby improves corporate strength as a globally unified team.

Players affiliated with the team

I took office as head coach of the Nippon Paint Mallets in January 2017. I have been leading the team in the T League since October 2018. We play matches in the T League, which is a premier league where world-class players compete fiercely. We receive cheers from supporters, and the power of cheering motivates our players.
We are pleased to play table tennis in front of many people, including group employees, table tennis fans, and those who are watching table tennis matches for the first time.
I will not forget the spirit with which we started out in the T League. As head coach, I will get myself worked up for each match to get to the finals and win the championship so that we can repay the warm support. I would appreciate your continued support of the Nippon Paint Mallets, the women’s table tennis club of the Nippon Paint Holdings Group. Being one of the Japanese players who have been with the team since its establishment, I am determined to lead the way in livening up the team. I will do my very best; dear fans, please keep up with us! The players, coaches, and everyone involved in the Mallets will work as one to fight for the win. I am grateful to be able to continue playing at Nippon Paint Mallets for the next season. I would like to thank Nippon Paint for their trust and support. Cheering and encouragement from our fans have been a great driver for me as I strive to bring positive results to my team. I will continue to do my best throughout the next season to live up to my supporters' expectations. I am very excited about my decision to sign the contract with Nippon Paint Mallets and play for the team next season. I am looking forward to all the T-League games and meeting our dear fans again. I am full of motivation now: I will work harder to step up my skills and competitiveness to score more wins and contribute to Nippon Paint Mallets. 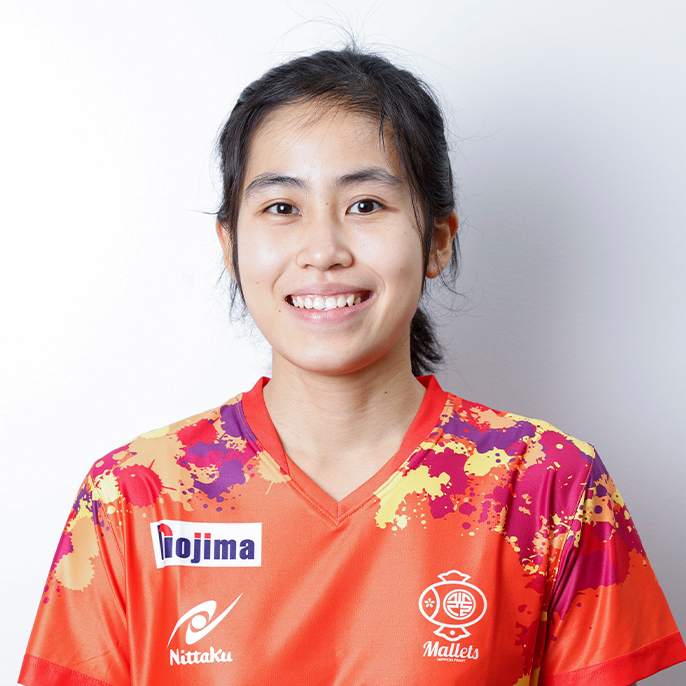 I would like to express my gratitude to everyone who made this happen and allowed me to be a part of the T-League. I am very happy to be able to compete in the league, and I look forward to playing next season. 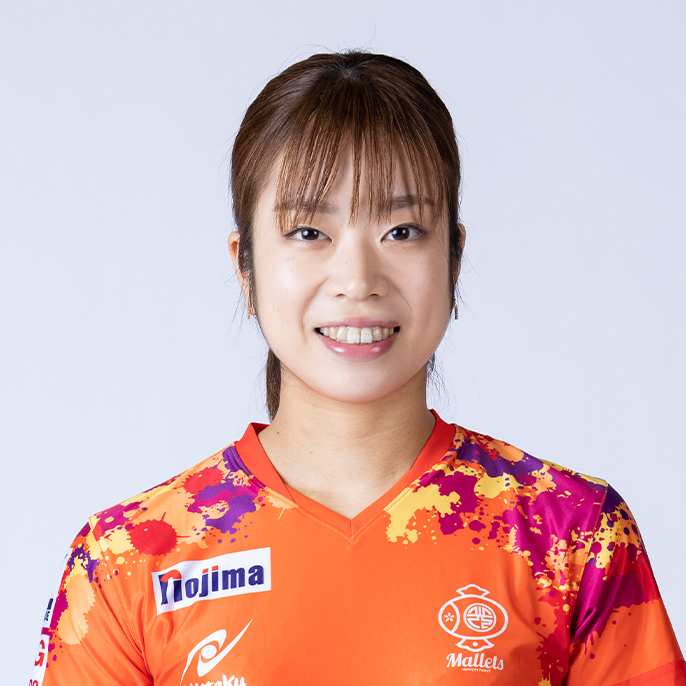 Last season was frustrating for me, but I could get so many lessons out if. I am determined to make use of this experience, keep calm, and take life one day at a time; I will strive to grow and be always thankful to everybody. I will do my best to deliver results and show my gratitude to everyone who has been encouraging and supportive to us! I am very glad that I can compete as a Mallet again in the upcoming season.
I will work hard to contribute to the team's wins as much as I can. Thank you very much for your continued support. 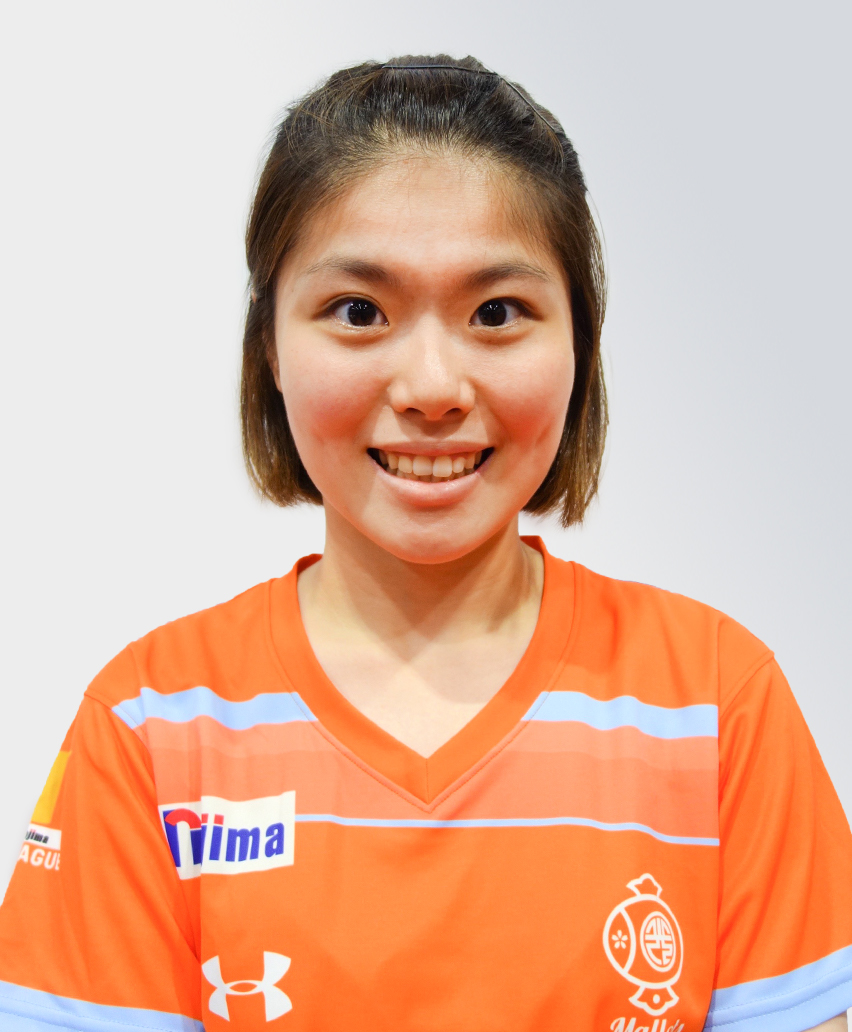 I am delighted to be able to compete in the T-League games as a Mallet.
I will work even harder next season for the team's victory. I hope our dear fans will continue to cheer for us. We appreciate your continued support for the next season. I appreciate that the team continues to let me compete in the T-League for the next 2020-21 season. I am determined to work hard to contribute to the team's victory. As a Mallet, I will do my best to deliver results and show my gratitude towards our dear fans. Thank you very much for your continued support. It is a great honor to join Maretz. We look forward to the opening of the T-League in Japan, and we will contribute to Maretz's victory in the new season and strive to be a successful team. Thank you for your support. I would be happy if Maretz fans and table tennis fans could see my play and be more interested in table tennis. I intend to do my best to contribute to the team. Thank you for your support. I am very honored to be a member of Maretz. I am looking forward to the beginning of the new season in the T League and would like to make an effort and contribute to the team. We will do our best to score one by one. Thank you for your support. Career Highlights
directed by
Date of Birth
8/21/1976
Hometown
Tochigi, Japan
Career Highlights
Mihara played as a table tennis player at Fukaya High School(Currently known as Shochi Fukaya High School), an affiliate school of Saitama Institute Technology, Taisho University, and professionally at work teams. He has since been devoting himself to training athletes, serially serving as a coach of the Women's national team for Japan Table Tennis Association and as a director of the JOC Elite Academy Program.

My goals are to attract unique and diverse players to the Mallets and secure a place in the finals, while vitalizing the table tennis scene through the T-League games. On to the victory with the Mallets family! Career Highlights
Coach
Date of Birth
12/8/1982
Hometown
Kyoto, Japan
Career Highlights
In 2014, Ikebukuro graduated from the Master's Program in Sports and Health System Management, the Graduate School of Comprehensive Human Sciences, University of Tsukuba.
From 2013 to 2017, he joined the Information Strategy Group of the Medical and Scientific Committee of Japan Table Tennis Association and accompanied the men's national team to London and Rio de Janeiro Olympics.

I will leverage my experiences to bolster the Mallets' values and competitiveness and contribute to table tennis and sports scenes. We appreciate your continued support for this season as well! I will provide full and utmost support to the players of Nippon Paint Mallets to bring out their best performances. I have a keen eye on spotting people's smallest changes or habits. Leveraging this skill, I will assist the players of Nippon Paint Mallets in improving their physical conditions. Career Highlights
Mascot
Profile
Mallet-chan is a descendant of Daikokuten (a god of luck and wealth) who is said to protect Nippon Paint’s Company Museum. It loves table tennis and aspires to become a Mallets' coach, but its skills are not there yet. Rumor has it that something wonderful might (or might not) happen when Mallet-chan waves the mallet on its right hand....

This website requires some functions similar to those of cookies.
If you allow our cookies, we use them to collect statistical data about your visit to improve our service. Videos are also presented by using YouTube. Cookies and other means are used only when you opt to watch videos. If you do not allow our cookies, only technical cookies are used.
Click/tap here for details.
Allow
Not allow